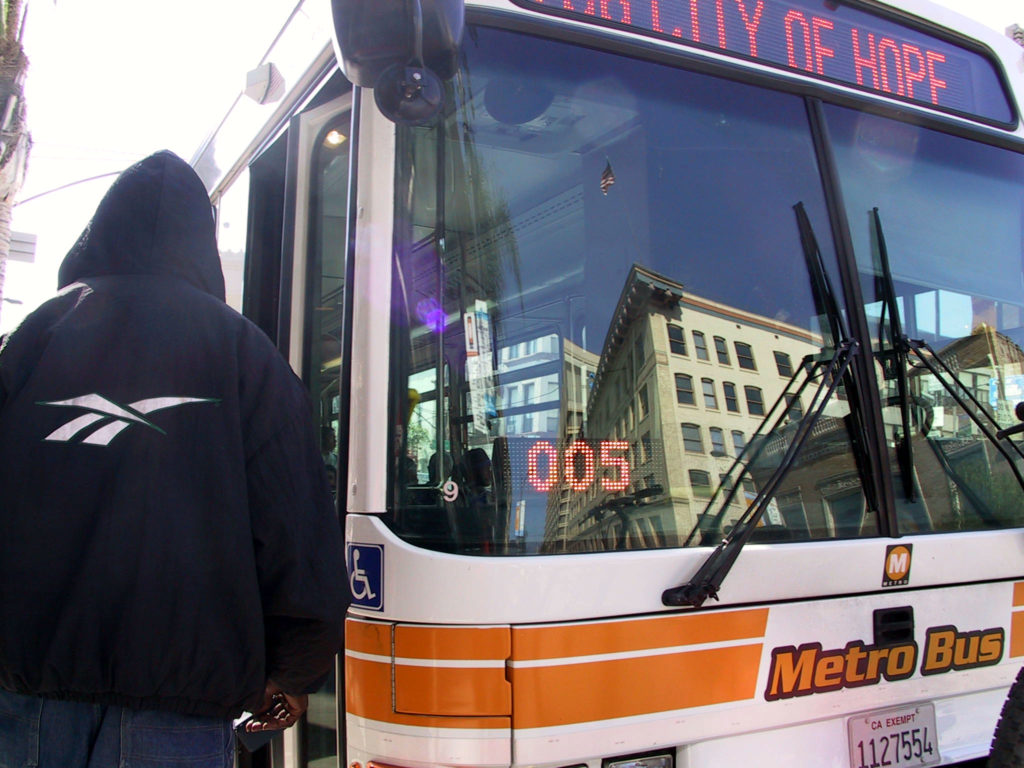 The family of a longtime MTA driver killed when a tow truck plowed through a red light and into her bus is suing the estate of the other driver, the towing company and the bus manufacturer.

The lawsuit filed this week in Los Angeles County Superior Court alleges the tow truck driver was negligent when he sped through the intersection of 5th Street and Broadway at 60 mph, slamming into a Metro Line 18 bus that Olivia Gamboa, 47, was driving.

The document claims the restraint systems in the bus failed to work properly. Gamboa was ejected from the bus, despite wearing her seat belt, it says.

Neither New Flyer Industries, which made the bus, nor Hermosa Beach Towing could immediately be reached for comment. Metropolitan  Transportation Authority spokesman Paul Gonzales said the agency does not talk about pending litigation.

The early morning crash, which occurred just after the start of Gamboa’s shift June 12, ripped open the front of the bus and sheared off a fire hydrant. The truck, authorities said at the time, careened into a nearby 7-Eleven, decimating the store’s facade.

The bus was not carrying any passengers at the time.

Gamboa died at a nearby hospital a short time later. The tow truck driver, Yousef Adhami, of Long Beach, was hospitalized in critical condition. The 44-year-old died Aug. 21 from the traumatic injuries he suffered, according to…

IF this happens to your family member, it is important that an experienced attorney get involved immediately to preserve critical evidence necessary to hold those responsible and accountable for their actions. There are many factors that must be taken into consideration when investigating a wrongful death accident.

PrevPreviousPERSONAL LIABILITY DURING ACCIDENTS
NextTop 5 Injuries After a Car AccidentNext