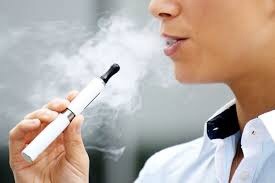 A few weeks ago, the Food and Drug Administration proposed regulating e-cigarettes, banning the sale of the devices to Americans under 18, and requiring makers of e-cigarettes to disclose their ingredients to the agency. But a spokesperson for the FDA said the proposed rule does not cover “accessories deemed to be tobacco products,” which includes batteries and chargers that have been blamed for e-cigarette explosions. The FDA is still seeking comment on whether it might include these products under its regulatory umbrella.

The e-cigarettes’ lithium-ion batteries are the type of batteries also found in laptops and cellphones. But with e-cigarettes, the batteries are especially prone to overheating because smokers use incompatible chargers, overcharge the e-cigarettes, or don’t take sufficient safety precautions. For example, many e-cigarettes are made to plug into a USB port, which smokers may take to mean the devices can be safely charged with a computer or iPhone charger. However, if left too long in a common USB port, some e-cigarette batteries can fry and combust.

The industry acknowledges that explosions are a possibility. “I’m aware of 10 failures in the last year,” Thomas Kiklas, who represents the Tobacco Vapor Electronic Cigarette Association, told NBC Chicago last October. “When you charge them, they are 99.9 percent safe, but occasionally there will be failures.”

The Food and Drug Administration, which oversees tobacco products, does not currently regulate e-cigarettes. An FDA spokesperson says the agency is working to change that.

Listed below are just a few notable e-cigarette explosions and fires:

Niceville, Florida. February 2012,  A 57-year-old Vietnam veteran was smoking an e-cigarette when it exploded in his face, knocking out his teeth and part of his tongue, according to ABC News. A fire chief told the news outlet that the accident was most likely caused by a faulty lithium battery, which exploded like a “bottle rocket.”

Muskogee, Oklahoma. April 2012,  Shona Bear Clark bought an NJOY e-cigarette from Walmart to help her cut back on smoking half a pack a day. Clark says it exploded when she tried to remove it from its package. “It was as loud as firing a gun, but a gun fired right in your face,” she recalled.

Corona, California. March 2013,  Jennifer Ries and her husband, Xavier, were driving to the airport, with their VapCigs e-cig charging in the car. “I looked around and I saw the battery to the [e-cigarette] dripping,” she told CBS Los Angeles. “I went to unscrew it and the battery started shooting fire toward me and then exploded and shot the metal pieces onto my lap…A blowtorch type of fire and then an explosion.” Ries suffered second-degree burns, and the couple later sued the e-cig manufacturer.

Sherman, Texas. July 2013,  Wes Sloan wanted to kick his habit, so bought what he assumed would be a safer alternative to cigarettes. “The battery was into about a two-hour charge and it exploded and shot across the room like a Roman candle,” he said. Sloan was charging the e-cig in the USB port of a Macbook. He says he suffered second- and third-degree burns.

Sneads Ferry, North Carolina. January 2014,  A North Carolina man who spent over 20 years working as a firefighter was injured after his e-cigarette exploded in his face. He described the incident to the Jacksonville Daily News as feeling like “a bunch of hot oil hit my face.”

When situations like these arise, it is critical to obtain experienced legal counsel to help resolve these difficult legal matters. An experienced personal injury lawyer will conduct a thorough investigation to determine all those liable for the harms caused, and ensure redress for the victim.

If you or a loved one has been harmed by an e-cigarette, please contact Harshbarger Law for a free consultation (909) 793-6261.

PrevPreviousBe Cautious When Ridesharing
NextHave you been involved in an accident with a government vehicle?Next